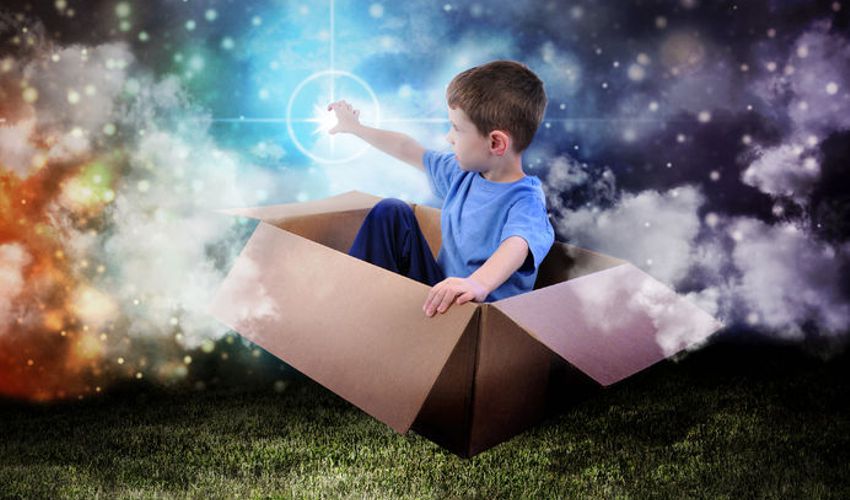 Alberta wasn’t always landlocked. Now is the time to reimagine our competitive advantage.

Alberta wasn’t always landlocked. Anywhere from 600 million years ago until 85 million years ago, give or take some rounding errors, the salt water of the ocean covered Alberta by varying degrees.

Then for 2 million years, Alberta went through about 80 glacial cycles. The last ice age finished about 10,000 years ago, bringing us to relatively modern times.

The federal government got elected partially on a platform of tightening up the approval process around big projects that have or could have an environmental impact. It is not entirely clear how this will evolve around process or what the outcome will be from any particular pipeline application. The government has its mandate from the people of Canada. A majority here means around 40% of voters less the ones who voted just for the legalization of marijuana. To be fair, some of the supporters of the other parties also wanted more focus on the environment and legalized marijuana as well, but had to vote for the party package, not the pieces.

Like any product, consumption of oil is demand driven. Suppliers produce what consumers want. It may seem obvious to people in the industry, that if people are going to consume oil, they could be consuming our oil. Well managed pipelines are a lot safer than road, rail or tanker, especially when you look at the volume of product shipped.

For the affected people of Alberta and Saskatchewan, waiting another couple of years to hear if any of the pipelines will be approved may seem like the waxing and waning of the ice ages or watching a glacier move. Watching paint dry is less painful by comparison.

The option of waiting for the seas to rise enough so we can get direct access to markets might take too long. We don’t have another 85 million years to turn things around.

The red and white Coca-Cola logo is recognized by 94% of the world’s population.

We could start talking about our oil like they do for the microbreweries; our pale lager, honey brown and our dark. Pumping a few million barrels per day of GuinnessTM through Quebec might be a lot easier to sell to the public.

Every year on St Patrick’s Day, some of the pubs add green colouring to the beer. Green beer is still beer, but some people seem to like it. It would take a lot of dye to make GuinnessTM green, and most of the people I know would string you up for trying. Don’t mess with the good stuff.

You can produce it more efficiently and with fewer emissions, but it is up to the consumer to decide whether colouring it green makes them happy. Speaking of happy:

“Ounce for ounce, our oil produces less CO2 than pot when burned. Weed makes you feel high. Oil gets you there.” ~ Unknown

It could be true. Maybe it is. I know a lot of smart people who could make it true. This could be huge. Let’s make Alberta great again.

Go High – Getting Our Green Oil to Market

Other provinces don’t need to build a wall to keep out our oil and play havoc with the industry. They just need to delay things and ask for a bigger piece of the pie long enough.

Alberta is an entrepreneurial and innovative place. If we can’t go through our neighbouring provinces or the US, we need to go around. Grab the bull by the horns. Stare destiny in the eyes and go big.

Since we are landlocked, that means under or over. Since a precedent exists for who owns what is under the ground, we are pretty much limited to going over. There are no rules in space.

So we build a pipeline over the problematic jurisdictions and direct to the customers. At first, it seems impossible but in Alberta a lot of things people thought were impossible have been happening lately. Put enough pressure inside a hose and you can make it stand straight up. The Coriolis effect will make it head east. We just need a few stations in space to stop it from wobbling excessively and keep the pressure up. Gravity will bring the oil back down.

The side benefit is that Alberta then enters the space business alongside Elon Musk and SpaceX. If we can get oil into space and back safely, we can lock up the space travel and cargo business. We have the advantage of lots of fuel locally available.

We probably won’t get that far along, though. Once the other provinces, the federal government and other nations see what we are up to they will probably let us have our land-based pipelines.

After all, they don’t want us to be too great. 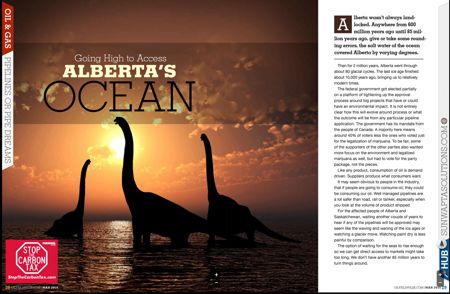 While this article is a little early for April 1st, it does cover a few things of import. The big takeaways for your business are:

This article was originally published in the March 2016 issue of the Oilfield Pulse.