Stop Hoping For a Hero to Save You

Stop Hoping For a Hero to Save You 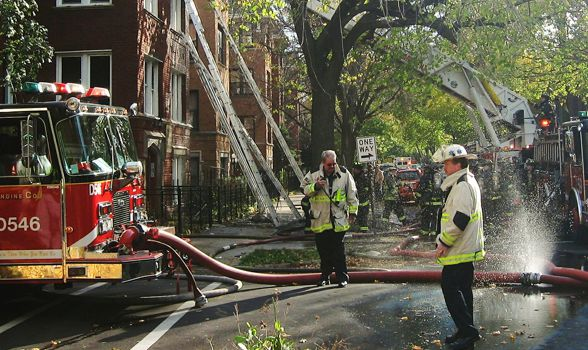 As an entrepreneur, you have more problems than time. So you try to hand your biggest problems to someone else to make them disappear.

We love our heroes.

In sports, our heroes range from the all-star lineup of the favored team to the quarterback on the opposing side who leads the underdog team in a playoff run.

We want our Presidents and Prime Ministers to keep us safe, build a healthy economy, and heroically fix all our problems for us.

We want a few key employees to solve our business problems.

Every entrepreneur (or leader) trying to create something big has probably fallen into this trap at some point.

Need to build your software dream? Snag the hot developer.

Tired of managing the day-to-day operations? Hire a leader who has been there before.

I don’t want to understate the power of hiring great talent. The right high performers, when applied to the right problems, can outperform average by an order of magnitude or more.

But life and business are not movie scripts.

You can’t predict with certainty who the next hero will be, and therein lies the rub.

What is the real problem you need to solve?

If no one wants your product or service, dropping sales revenue won’t be fixed by another great salesperson. Whether it is a competitive disruption or a delivery problem, better salespeople alone will not solve the issue.

Getting clients or customers depends on three things being in alignment:

The real problem could be anywhere. Be clear on the scope of the problem you want to solve.

Once you are clear on the problem, you can look for the solution.

Does it require a high performer or can you improve your systems, processes and the training of your existing teams? A high performing burger flipper may not make a big difference for your organization.

You need to be clear not only on the skills required to solve the problem, as well as traits including  personality, leadership style, ability to work with others and cultural fit.

High performers can often learn new skills or adjust to new situations, but their underlying traits are usually set and much more difficult to change. Many people will use what worked for them in the past to solve today’s problems. They may not have the same impact on yours.

Just look at Marissa Mayer. She was a high performer at Google and yet at Yahoo, is unable to turn the company around.

High performers will not be happy in the wrong role either. You don’t hire a Navy Seal to run a day care.

Understand and know the difference between delegating and abdicating.

Delegation implies trust. Avoid micromanagement, especially of a high performer. But at the end of the day, you need to be clear about what the problem is and the expected results.

Accountability sets the stage for supporting the high performer. There is nothing worse than hiring an athlete and not even telling them which game they will be playing or how to know if they win. A key sign of an average performer is someone who will try to wiggle out of any quantifiable expectations.

Of course a superhero is expected to be above average, but the expectations need to be believable to everyone involved, even if the path is unclear.

Sometimes you hire someone to be the hero and despite seemingly doing everything right, they still fail.

Sometimes the person is a mismatch for the business, role, or problem. Sometimes it is the reverse.

The baritone may be a great singer, but if the role requires a soprano, there is nothing you can do to change the result.

A business has an obligation remain viable and successful, not just for the owner and shareholders, but for the employees and clients. In the end it doesn’t matter which party failed, it only matters that you admit it, cut your losses, and move forward. Everyone tends to benefit over the long-term.

We tend to think we can pick and hire a hero as if they are wearing Superman costumes.

More often than not we need to create an environment that encourages the creation of high performers.

I’ve had average performers who suddenly became much better when the person whose shadow they were living under moved on.

Significant challenges will find you. Sure you can try to be the hero all the time, but your business will struggle to evolve.

If you create an organization where people can thrive, you may be surprised who else will grow into the role of hero.