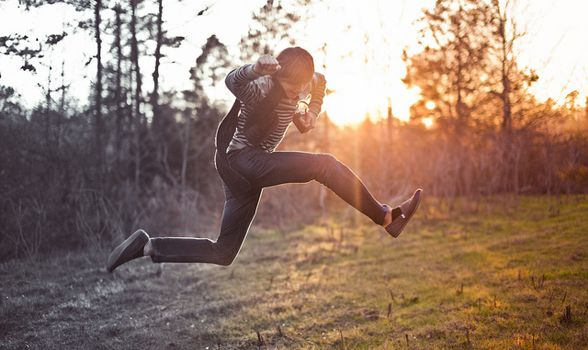 How to hit the ground running in 2016. (If you are already in holiday mode, you may want to reconsider.)

Once December hits, a lot of us are conditioned to coast through December and then hit the ground running in January.

I worked with Jeff, a government client, who actually refused to meet us in December because “no one works here until January”.  So the project got parked for eight weeks.

But December is only a little more than four weeks long so how does that math work?

Most people hit January with the anticipation of hitting the ground running. They make resolutions and set big goals to be different in the New Year.

But in a business, two things tend to happen in January:

So you finish off the prior year and plan for the current quarter or year.

If you are a consultant or selling business to business (B2B), your clients are stuck in that mode as well. So they won’t even consider taking on anything new until the end of January.

If you are selling recreation or continuing learning to adult consumers, many won’t commit until their children are back in school, and their child’s activities are underway.

As a small business owner or entrepreneur, can you afford to write off one-twelfth of the year to coast?

Can you afford to spend most of January just building momentum?

Set your goals for 2016 now and use the month to plan out your first quarter activities.

I don’t believe in huge plans unless they are truly a necessity. An outline and rough schedule might be all you need. You can fill in the details as you go.

Don’t assume no one will buy your services in December. If you are an instructor, trainer, or coach you can package something up right now that can be consumed in January. It could be either a gift or a resolution solution for the New Year.

Think of what people will want to do first thing in the New Year. People might wait until January 2nd to commit, but you can get it in from of them now.

If you are in customer service, you can meet with clients and get feedback. Make them aware of what is coming in 2016, your other offerings and make follow-up appointments for January.

People might not want to commit to business, but they will probably commit to a follow-up action because they are excited about creating momentum in 2016. It is a prime time for networking if you remember that networking is about connecting.

Bonuses: Working On Your Business

For sure take some time off, recharge and spend time with family and friends.

Then you will be ready to hit the ground running in January.