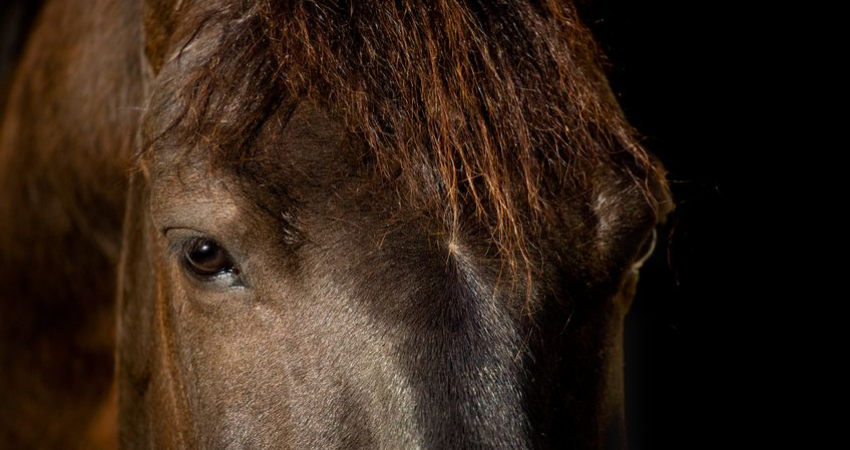 Sometimes lessons come from places you don’t expect and still impact you many years later.

About 22 years ago, I was 28 and taking horse riding lessons. I rode English and if you are familiar with the style, the saddle is quite small compared to Western. I mention that because it becomes somewhat relevant later in this story.

I think I ended up in that style in the first place because the school I initially took lessons at only taught English. As it turns out, in addition to dressage the English style involves jumping. Specifically it involves you being on the horse while it jumps over things. That part is actually pretty exciting.

One fine fall morning I was riding a mischievous gelding. Barlow was a “school horse.” School horses are provided by the riding facility and get ridden by a lot of different people. Some of them like to play games with inexperienced riders. If Barlow could he would nip you and he liked to throw in a kick at the arena wall every once in a while.

I liked him for some reason. Maybe it was the extra challenge. He never did manage to land a bite; but he did keep me alert.

I was still a little groggy as it was a Saturday morning. I tend to be a night owl so it takes me a little while to really wake up on a normal day, and in this case I had stayed up late on the Friday night prior watching movies. The arena was only a 10 minute drive so I basically got up, ate and went straight there; maximizing my sleep time.

It was still early in the group lesson and we were doing some warmup exercises over low fences and poles lying on the ground. I was just getting into the swing of things.

In hindsight I was probably not fully grounded, my seat slightly off, for a brief moment. It was the same moment that another horse got startled. Horses being herd creatures, they all assume imminent attack and panic instantly as a group. Barlow kicked the wall and dogged right, then left, while accelerating into a canter.

I didn’t move left at the same speed he did.

Sensing I was falling and balanced slightly forward, I did the natural thing. I grabbed the horse’s neck.

However, I was too far gone, and started to go over the side with Barlow still speeding up.

Rather than letting go and falling to the side (the proper thing to do at that point) I grabbed on tighter.

As my body moved downwards in an arc, my grip remained constant and now I was hanging off the front of the horse with my legs hanging between his front legs and parallel to his chest.

At this point, I absolutely knew it was too late to let go.

Time slows down in these situations. 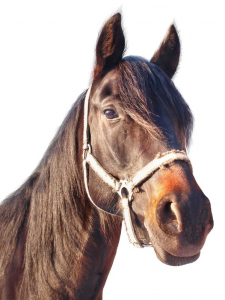 Letting go now would mean falling underneath a fast-moving horse with a better than decent chance of getting trampled. Most horses won’t intentionally try to step on you but a bouncing body under four steel-shod hooves is not good odds for the rider.

So I stubbornly hung on, while the horse galloped across the arena, now freaked out that a rider was dangling beneath his vulnerable underside; horses don’t like that. The powerful chest muscles driving his front legs and his panic-strained breathing are still crystal clear in my mind. You don’t get to see things from this perspective very often. And so we continued.

Until he reached the far arena wall.

He lowered his head and I slid off his neck still in that sitting position with my legs parallel to the ground. I slid a couple of feet in the stadium dirt before hitting the wall hard enough to cause dust to fall from the arena wall and make me really take notice.

I was now sitting on the ground with my back against the wall. Barlow had his face about 12 inches from mine and he was breathing hard; I could feel and smell his breath. A cloud of dust was hanging around us. I found I still had the reins in my hand somehow. I hope the look in his eyes was mixture of concern and surprise.

I think I sarcastically said “Thanks” to the horse as the instructor came running to see if one of her students had just been killed or maimed. I’m pretty sure Barlow was just as surprised as I was.

After determining that I could still feel all my body parts, I stood up.

After walking it off for a bit, the instructor made me get back on the horse.

Technically, she really just insisted that it would be better for me if I did. Very convincingly insisted. I trusted her. So I got on.

Then I finished the class.

And yes, I was a bit sore the next day, but otherwise relatively unscathed; mind and body.

Things I Learned That Day

I learned a few things back then that apply even more today.

Learn to Let Go and Fall – Failing is Okay

Sometimes it is better to let go when your plans go sideways. Holding onto something that isn’t working often does more harm than good.

This happens a lot in business and life. We have time, energy, emotion and money sunk into a project so we figure that investing more is the only way through.

We often have an overdeveloped fear of falling or failing. Both are seldom permanent. Yet as adults, we spend so much effort trying to avoid mistakes at all costs.

Wisdom and detachment allows us to evaluate the situation and let go. Sometimes it is better to take a small loss now rather than risking it all later.

If Worse Comes to Worst Hang on For the Ride

Sometimes you are too far into a situation to let go without getting killed or losing everything. At this point you need to hold on tight and do whatever it takes to come out the other side unscathed.

While it is usually better to set limits ahead of time so you don’t get into this situation, you may have missed that opportunity or let emotions cloud your judgement.

If the alternative is bankruptcy, or losing your business or a major client, sometimes you need to do what is necessary to see it through.

Of course, crossing ethical boundaries makes the win a loss, so don’t go that far.

As strange as it seems, getting back on the horse as soon as possible is the best thing you can do. It is not always easy. But if you wait, your brain will program falling (or failing) as a catastrophic event and you will experience extreme fear the next time you think about going for a ride.

The same happens when things go wrong in life or business.

You finally get your big musical performance opportunity and you choke during your solo. Finish the piece. It happens to the best so keep things in perspective and try again. The best have just failed a lot more than the average person.

If you get rejected by a nasty prospect while cold calling, the worst thing you can do is quit right then. Always quit on a positive or at least a neutral footing.

I have made some big mistakes in business. So far they haven’t cost me everything. Actually, the fear is usually worse than the reality of “everything.” It is the fear that keeps you from trying in the first place or after failure.

I am pretty sure if I did lose “everything” I would figure out how to start again. Get back in the saddle.