Entrepreneurs Must Push Through To “Yes”

Entrepreneurs Must Push Through To “Yes”

As an entrepreneur you are often creating something new in addition to wearing the sales hat.

I recently read a great blog post by Bob Burg, "The Biggest Problem With No Isn’t The No". I was typing an epic comment when I realized, this is pretty much a blog post.

As an entrepreneur creating something brand new, "No" has two meanings.

"No, I don't want what you are selling".

The no in sales is hard enough. And no, I mean yes, I need to read Go for No (on the list).

If it has been sold by someone in any quantity it can probably be sold again and there will be enough yeses in your future. You can dig deep and push through.

What is a tad harder is when "they", well-meaning people, add in something to the effect of "no I don't want it and by the way, I don't think anyone else would want it (because I don't), maybe you should go do something safer like knitting".

(I added the knitting piece for effect though truth be told you use pointy needles to knit and this proves everything has risk, even staying home and knitting.)

As an entrepreneur you think you are right and you need to prove it as soon as you can; one way or the other before you run out of cash and/or energy. 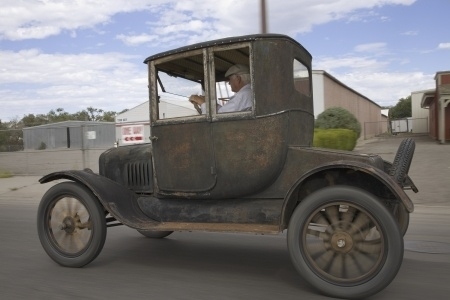 And the thing is "they" could be right.

That is why it hurts.

Not all new things catch on and if it is too out there people don't even know they need it. If it is disruptive many people will avoid and fear it. People may want it but not be willing to pay enough to make it worth your while.

96% of businesses are not around in 10 years. Only 5% ever have annual revenues exceeding $1 million.

The fear is grounded in some reality. (Shameless plug: Which is why we built Manifast.)

Or "they" could be wrong.

Maybe they will still be using their buggy whip long after the automobile has replaced their preferred mode of transportation.

Or maybe they are somewhat right and you will prove them wrong through your perseverance and ability to re-frame your solution. Maybe your story, technique or target market needs tweaking.

Maybe a Plan B is called for.

That is what makes being a creative entrepreneur such a roller coaster.

Well that and a hundred other things.

We all want to believe our little child is beautiful and smart.

So "no" really hurts. It is not for the faint of heart.

Yet as entrepreneurs we must push through to "yes" anyways.